While there are literally hundreds of fauna-related stamps issued by Canadian Post, today I’m going to devote an article to the high-nominal series of engraved stamps depicting animals issued between 1997 and 2010. The series contains 9 high-quality engraved stamps, with a banknote-like quality. As commonly done with Canadian stamps, the names of the animals are featured bilingually in English and French. Their face value ranges from 1Can$ to 10Can$. Unlike other high nominal value stamps, these stamps are really usable (i.e. can be affixed to correspondence), therefore their value doubles as postal and philatelic products. Many countries issue nowadays stamps with absurdly high face value – which cannot be used for postage, and therefore are issued as philatelic items. However, the Canadian ones we are talking about can and are actually used as postage.

The first stamp issued was the Grizzly bear 8Can$ stamp in 1997.

Two stamps depicting the loon duck and a polar bear were issued in 1998. 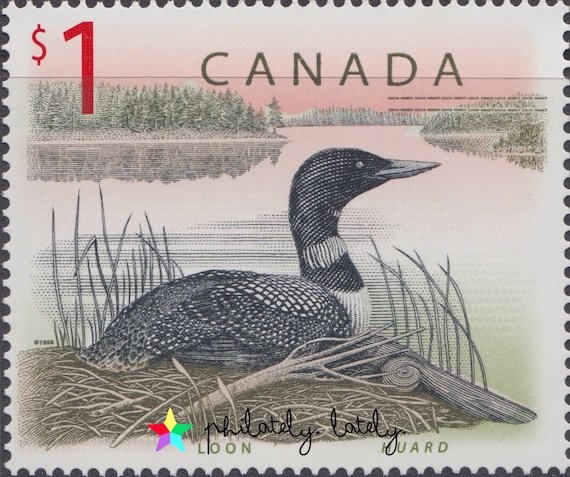 Ater a short hiatus, the series was resumed with a moose stamp with a face value of 5Can$ issued in 2003. 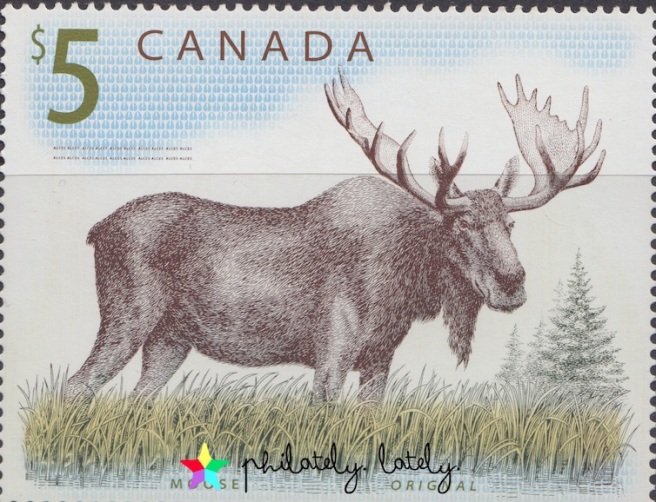 Below you can also see the stamp sheet.

Two more stamps were added in 2005, featuring the white-tailed deer and the Atlantic walrus. Below you can see the stamps and the sheet.

Still in 2005, two more stamps were added to the series. They depict the peregrine falcon and the Sable Island horse.

The last stamp issued in the series is also the largest one, both in size and in nominal value. It shows the blue whale, and you can see its real banknote-like quality. The scan cannot make justice to the watermark details and to the high-definition engraving of the stamp.

3 thoughts on “Canadian Animals on Stamps”