Astro Boy (name in the original Japanese: 鉄腕アトム ・Tetsuwan Atomu) is one of the most popular heroes of manga. The earliest Astro Boy manga, published in 1952, gained immediate success – and made his creator, Osamu Tezuka (Japanese: 手塚 治虫) one of the main figures of international children’s literature. Osamu Tezuka befriended among others Walt Disney and Mauricio de Sousa, and was nominated an honorary chairman of the Superman Fan Club in Japan.

If you like Japanese animation on stamps, then you might want to take a look at our article devoted to Doraemon.

Placed in a futuristic context where humans cohabit with robots, the adventures of Astro Boy relate to the joys and sorrows of being a child, even if a child-robot. Astro Boy is lovable and instantly captivating, despite the manga being almost 70 years old. His charisma never faded, and even in the 2000’s movies and video games featuring Astro Boy are still topping sales.

Astro Boy stamps are not numerous, however, they are really philatelic gems. The stamps presented below all come from Japan – Astro Boy’s homeland.

Astro Boy was again honored on stamps with a vintage look on Japan’s Millennium stamps in the year 2000. 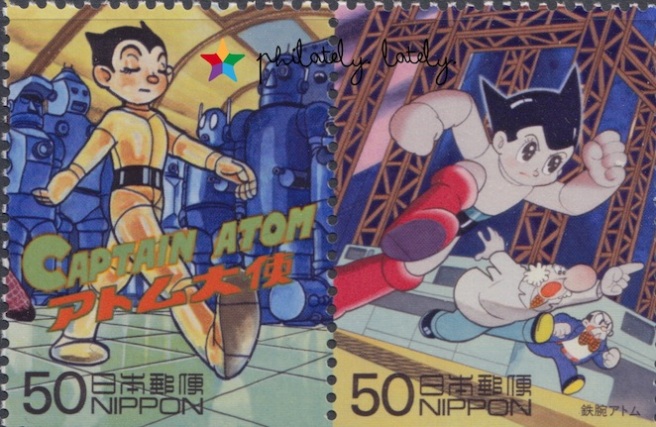 Just like Doraemon, Astro Boy got his honorable mention in the series of stamps called “Science and Technology and Animation Heroes” (Japanese: 科学技術とアニメ・ヒーロー), thanks to the immediate connection  with science and science fiction.

Manga characters were again marketed by Japan Post in 2011 on two sheets issued on the occasion of the PhilaNippon Exhibition. 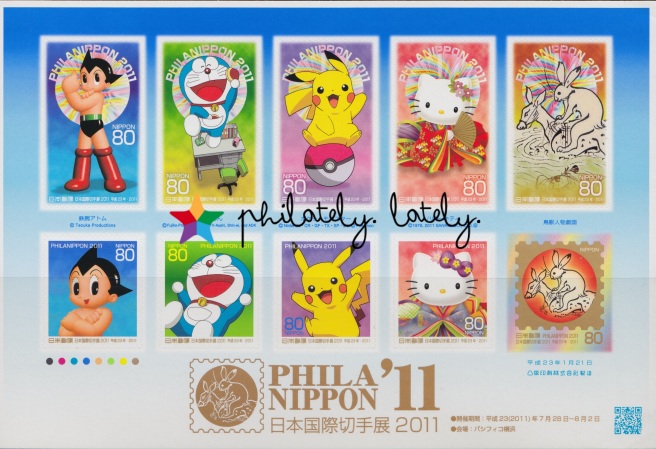 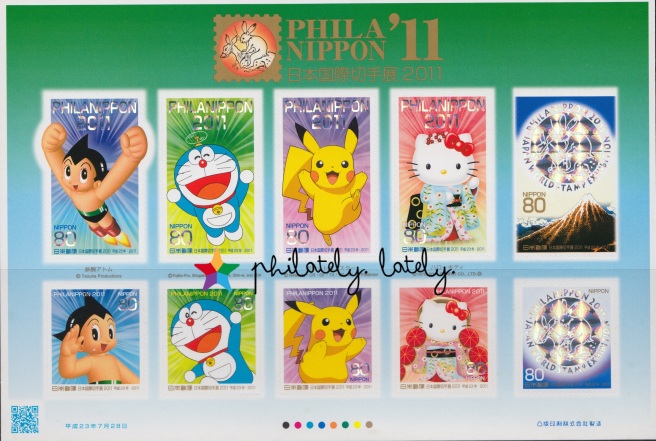