Although the writings of Franz Kafka (1883-1924) are world-famous, his eerie personality and strange habits reported by biographers are sometimes known even better, even by people who did not go into his sometimes difficult to grasp writings. His influence is felt in many media, with comics inspired by his “Metamorphosis” being issued as early as 1953, and even a video game (Bad Mojo) in 1996. His legacy inspired also writer Haruki Murakami for his book “Kafka on the Shore” and compser Philip Glass for his opera “In the Penal Colony“.

The stamps devoted to Franz Kafka, although not numerous, are brought together by one unifying criterion – the image of the writer prevails. Only a couple of stamps are devoted to his work, otherwise his portrait is the one that takes the lead in philately.

There are two German stamps devoted to Kafka, issued on two different occasions. 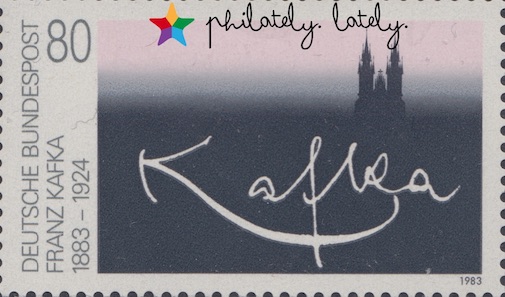 Pictured above, a Federal German Republic stamp of 1983, issued for the 100th anniversary of birth of Franz Kafka. It features Kafka’s penned signature and the background shows the Church of Our Lady before Týn from Old Prague. 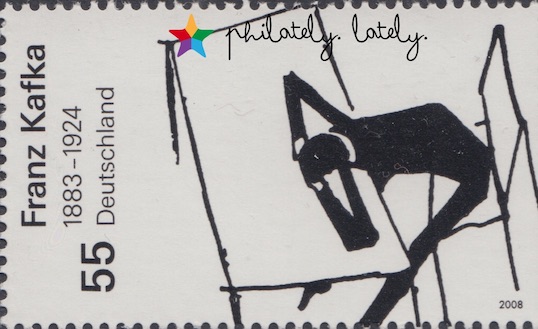 In 2008, a second stamp is issued by the German Post, this time featuring a sketch drawing representing a man sitting at a table, an illustration for Kafka’s “Castle“.

Former Czechoslovakia issued a Kafka stamp as early as 1969, for the issue devoted to the Czechoslovak UNESCO Committee. 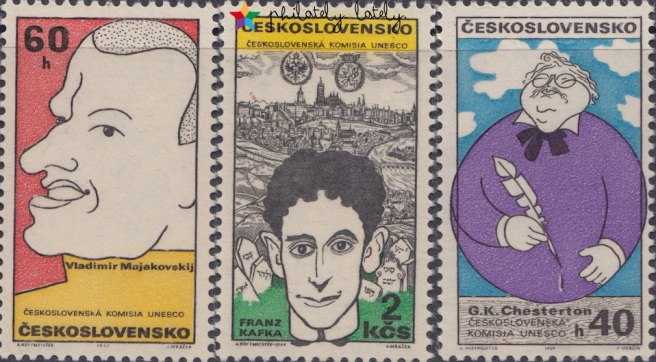 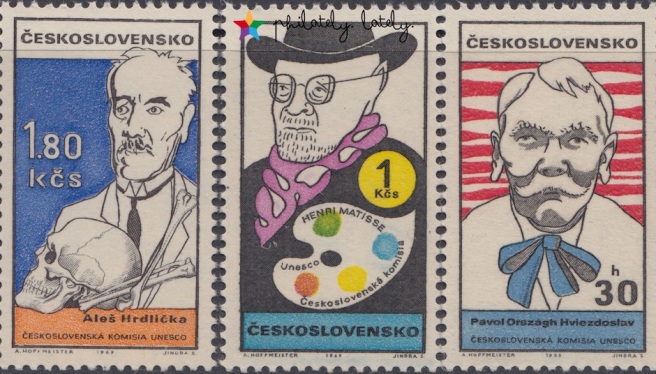 Czech Post issued a Kafka stamp in 2013 for Kafka’s 130th birth anniversary. The stamp depicts his “Metamorphosis” character, Gregor Samsa. This self-adhesive stamp is available in booklets of 6 pieces. 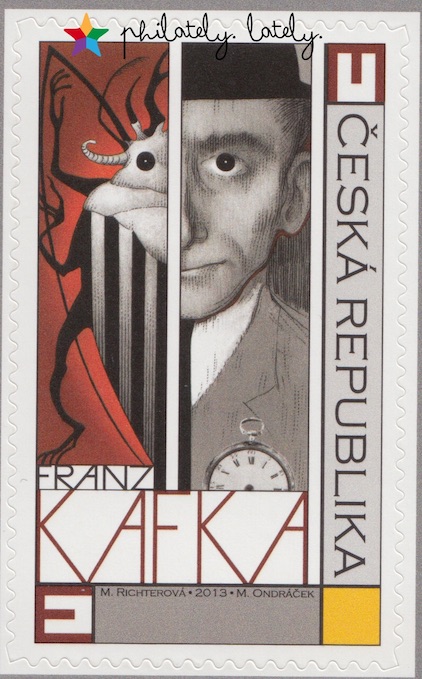 Israel issued between 1998-1999 two sheets of stamps brought together by the topic of Jewish contributions to modern culture. 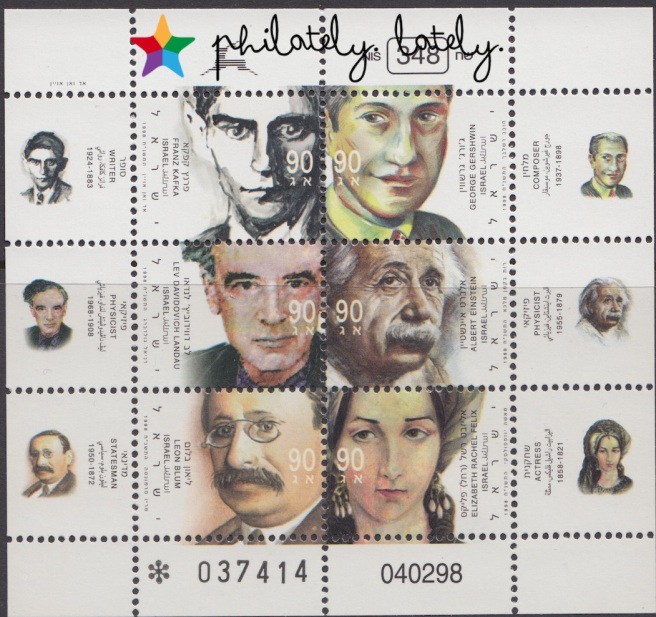 The stamps are issued Israeli style, with tabs, only that the tabs are lateral rather than placed at the bottom.

6 thoughts on “Franz Kafka on Stamps”