I have always been of the opinion that Marc Chagall‘s early modernism can be explained by a simple phrase, namely, the one explaining his origin. He was a Russian–French of Belarussian Jewish origin (1887-1985). He took elements of Russian and Belarussian folklore, emerging Russian and French modernism, and did not forget at even one moment to celebrate the visual memory of the Jewish shtetl.

He was born Moishe Shagal and was one of the most longliving artists, falling short of 2 years to be 100 years old. He adopted Russian, and then French citizenship, lived in both countries but also spent almost a decade in the United States, and frequently visited Israel. He experimented with painting, stained glass, tapestries and ceramics. At the same time, he lived through numerous artistic influences and always remained true to himself, to the effect that it’s rare that a Chagall can be taken for the work of someone else.

The fascination with Chagall was, of course, not only in exhibitions and museums, and was not only incorporated in architecture (such as his stained glass works), but also made its way into the world of philately. Today we are going to look at some stamps inspired by Marc Chagall.

Issued in 2012, this two piece set features a painting from Marc Chagall (right) from the National Gallery of Armenia. 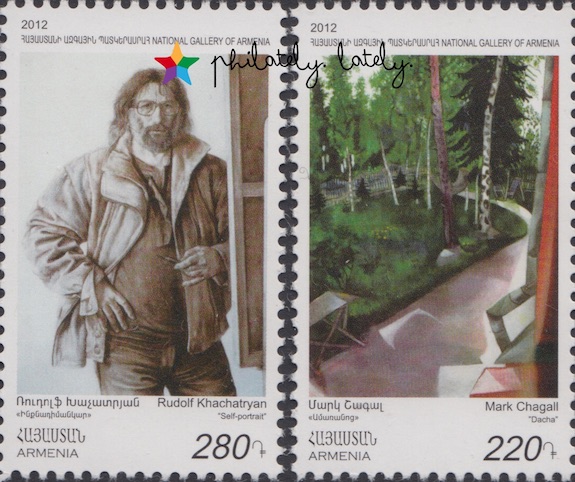 Chagall’s native Belarus seemes to never have enough of his art on their stamps. It happened for the first time for their EUROPA issue in 1993. Their issue devoted to contemporary art shows Chagall at his finest. 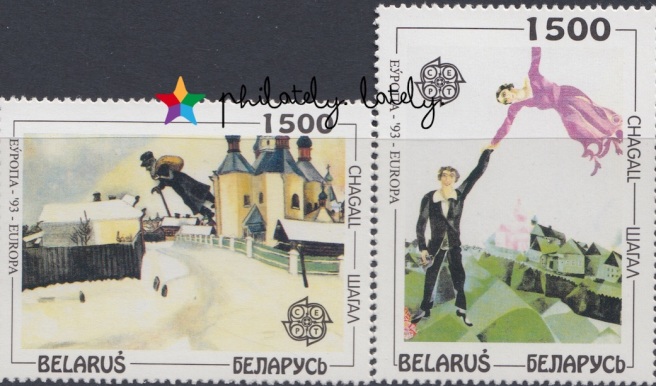 Pictured above the two stamps from the series.

Pictured above the sheet of stamps and the minisheet of the issue of 1993.

Soon enough, in 1999, another sheet was to be issued, inspired by Chagall’s “Time has only one wing“.

In 2012, for the 125 birth anniversary of Chagall, the Belarussian Post issued a portrait of the artist. The sheet includes the anniversary text in Belarussian, French, Yiddish and English.

Last but not least, in 2015, for an art series, another Chagall painting made its way on stamps (third from left to right in the series).

For Marc Chagall’s 100th birth anniversary in 1987, the Commonwealth of Dominica issued stamps and sheets with artwork from some of his known paintings. 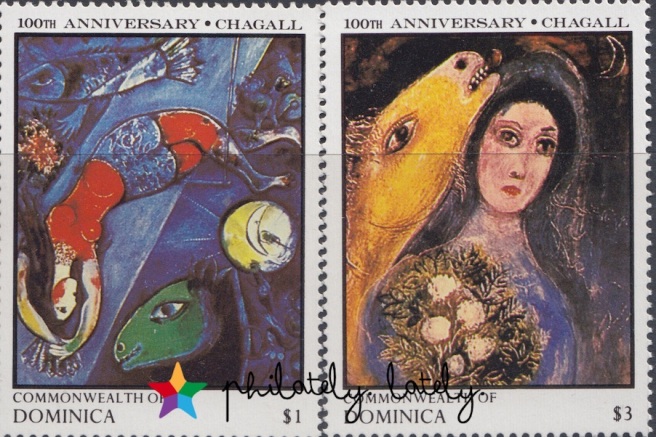 Chagall’s adoptive country, France, issued so far two times stamps that were devoted to him. The first time was in 1963 – a rare feat for an artist to be featured on stamps during his life at the time of issue.

Below you can see the two First Day Covers that accompany the stamp issue. 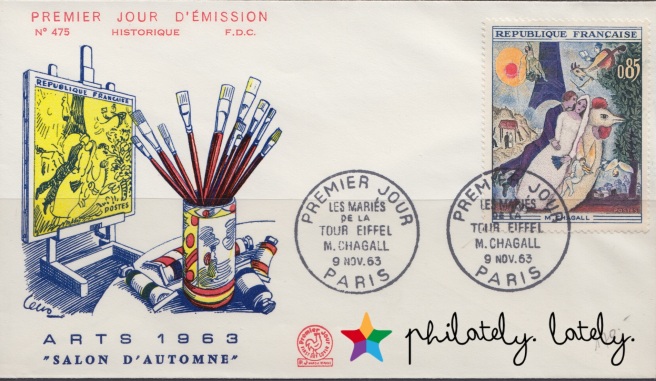 Again in 2017, stamps inspired from Chagall’s stained glass work were issued for his 130th birth anniversary.

The following stamps were issued on the occasion of Chagall’s 100th birth anniversary. in 1987.

The stamps below were issued in 1999, in a series of stamps devoted to the Millennium in arts.

This first stamp was issued in 1969 with the occasion of the Chagall exhibition in Israel Museum in Jerusalem, and it depicts his drawing “King David“.

Another series of stamps was issued in 1973 representing Chagall’s stained glass series from Hadassah Synagogue in Jerusalem. The series represents the 12 Israeli tribes.

Pictured above, left to right: Benjamin, Gad, Zebulun, and Naphtali.

Pictured above, left to right: Dan, Simeon, Reuben, and Levi.

Pictured above, left to right: Asher, Issachar, Judah, and Joseph.

Issued in 1987, for Chagall’s 100th anniversary, this stamp from Monaco is one of the rare stamps that resorts to an image of the artist in foreground instead of his art, which in this instance covers the background. 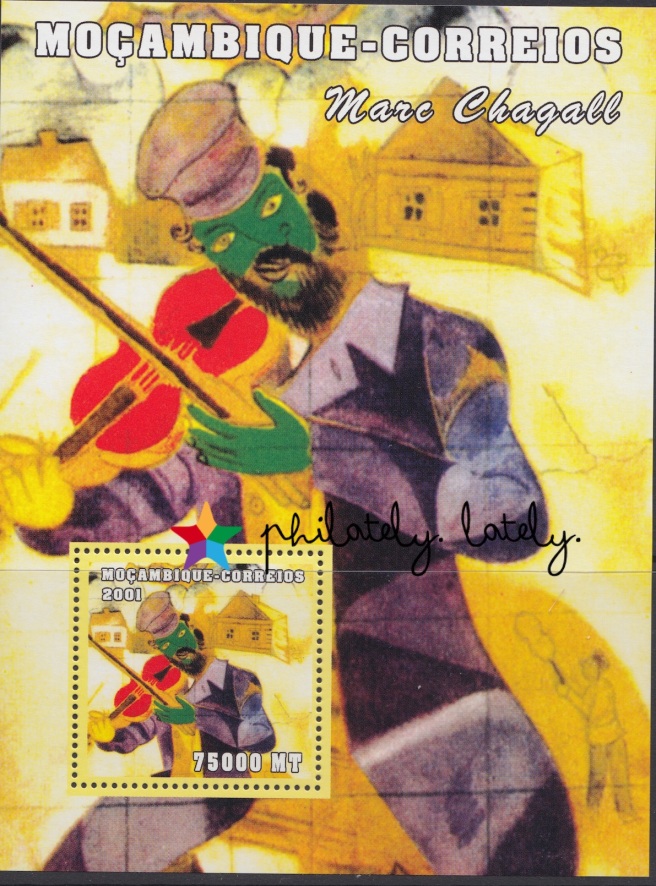 This beautiful homage to Chagall was issued in 2001 in Mozambique.

This beautiful set of paintings was issued in 1997 under the title “Art from the Sankt Petersburg Museum“. The second stamp from the set represents a Chagall painting. 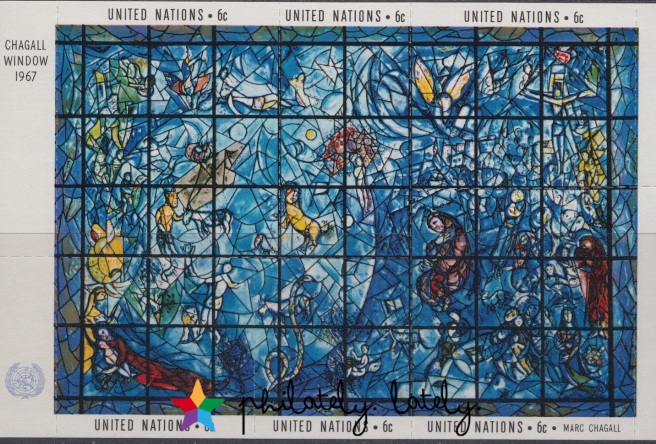 * with the exception of the 1993 EUROPA sheet and minisheet from Belarus – which are scarce and priced high (current catalog value averages at 100€).