The first issue consisting of 20 stamps in 2 sheets dates from 2015. 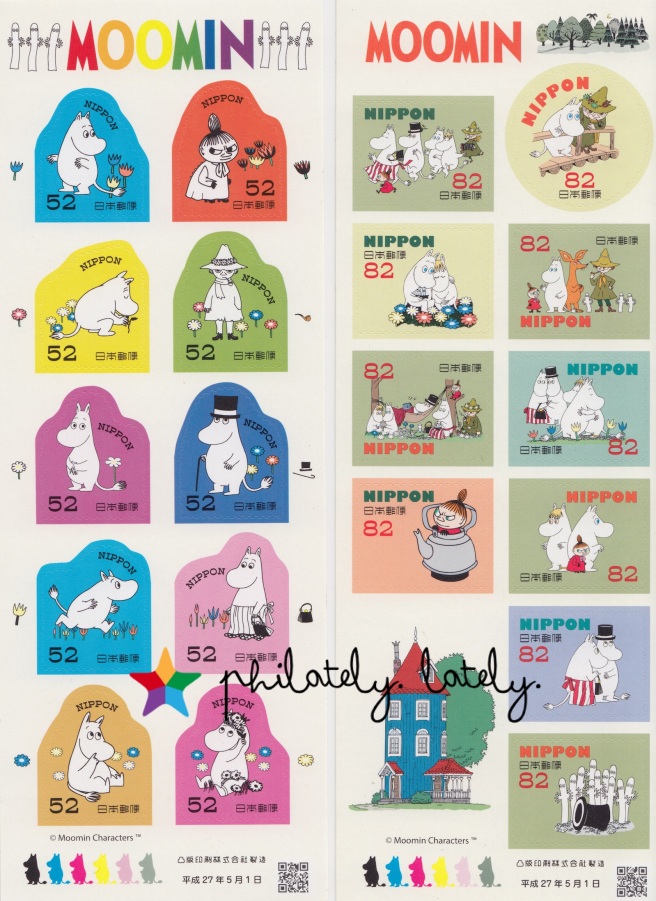 While the second one was issued in the beginning of 2018.

Of course, the country holding the world record of the number of Moomin stamps is Tove Jansson’s native Finland.

Pictured above, the 1992 issue (for the advertising of the Nordia’93 event in Helsinki). Since 1992, Finland has issued new Moomin stamps more or less every two years.

Pictured above, the 2003 issue. Since 2003, most of the Moomin stamps issued by Finland are self-adhesive.

This strange-looking stamp from 2004 is not a printing error – but the surface of the stamp is made from felt.

In 2014, Finland honored the 100th anniversary of birth of Tove Jansson with a beautiful block.

On the sheet, you can also see the ‘Tove 100’ logo, under which several cultural events, exhibitions, and book releases were planned.

The sheet also was featured on a first day cover, and in a presentation pack with information in English, Finnish, and Japanese.

Pictured above, the 2014 First Day Cover and the presentation pack insert.

Pictured above, the 2015 issue. Finland chose Moomin toys to illustrate the topic of the 2015 EUROPA series.

Some information is also available on the official Moomin site. Click on the logo below for information.

One thought on “The Moomins on Stamps”