On January-20, 2014, the Argentine Post issued two sets totaling 19 stamps to illustrate the progress done during the so-called Década Ganada (Won Decade). This won decade is set against Década Infame (The Infamous Decade, 1930-1943) which was characterized by instability and turmoil. The years 2003-2013, however, were considered a genuine Argentine boom – despite the various critics of the presidency of spouses Néstor Kirchner (in office 2003-2007) and Cristina Fernández de Kirchner (in office 2007-2015).

The first set consists of 9 values. 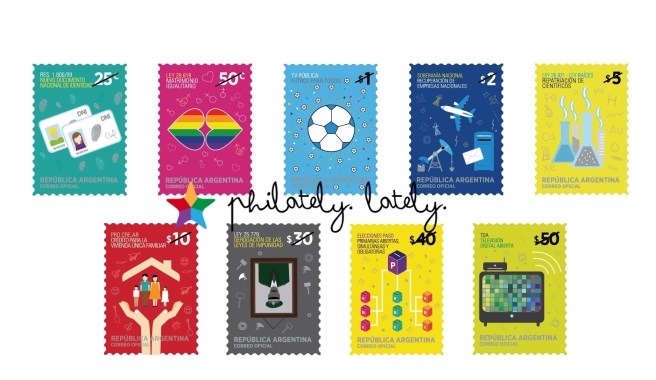 The second set consists of 10 values. 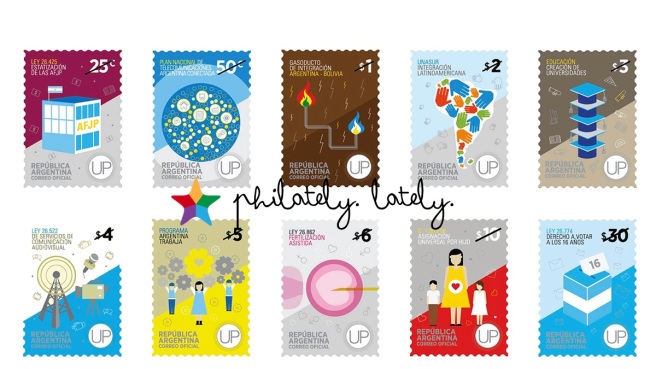 As mentioned above, the series of stamps encountered a lot of opposition. It did not take long until parodies of the stamps, under the title Decada Afanada (The Stolen Decade) went viral. 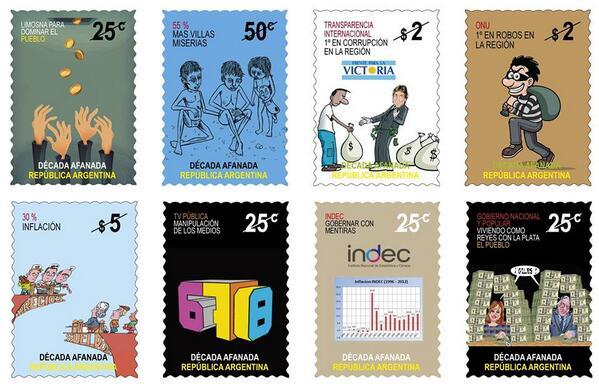 Top row, left to right: keeping the population at the mercy of the state, more cities in poverty, 1st place in regional corruption sttistics, 1st place in robbery in the region.

Despite criticism, I like the design of the stamps. What’s more, the second value of the first set, celebrating marriage equality for LGBT people is definitely a true and positive effect of the Won Decade.

One thought on “The Argentine Década Ganada on Stamps (2014)”