If you ever asked yourself whether there are or not sauna and baths stamps, well, the answer is going to be yes. With Finland as the main issuer of such stamps – but that’s not really a surprise for anyone, is it?

These stamps from Former Czechoslovakia present the baths of several known locations, such as Piešťany and Vyšné Ružbachy (nowadays in Slovakia); or Mariánské Lázně and Karlovy Vary (currently in the Czech Republic).

These stamps were issued in 2017 as a common issue with Finland (see below).

The first stamps of Finland depicting saunas were issued in 1949, in a series of Red Cross stamps. Their design is really appealing, with the 30+10mk value being probably the most astounding one. 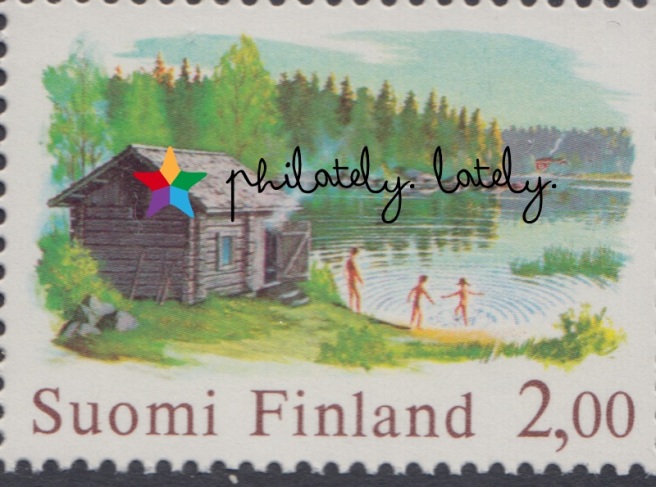 Finland then returned to the topic of saunas with this single in 1999.

This is a 2009 issue of stamps again glorifying the health effects of saunas.

Last but not least, this is the common issue from 2017 with Åland Islands.