The series presents alongside the illustrations of Norman Rockwell the ones of the Hungarian illustrator Anna Lesznai.

It’s unclear what the 25th anniversary mentioned on the sheet refers to. Another oddity is the fact that the year of issue is present on the sheet; however, it does not appear on the single stamps. The authenticity of the item is according to me debatable.

Republic of the Niger 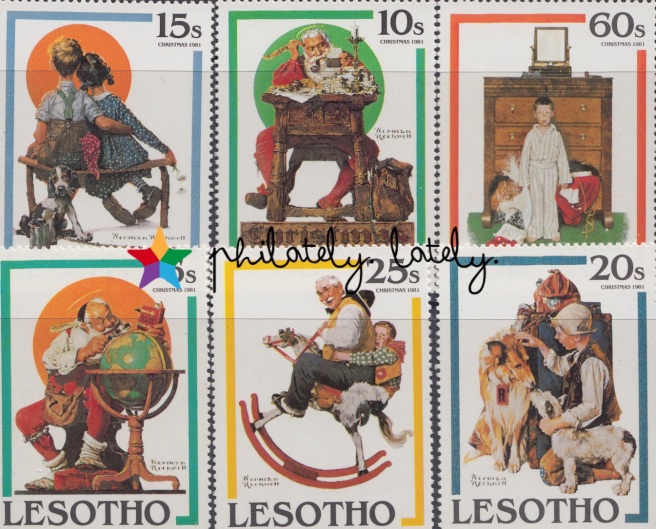 The United States of America

The series of 4 stamps (right) was issued actually as a sheet.

Norman Rockwell’s art has also been featured on the sheet commemorating US illustrators (fourth row, fourth stamp from left). 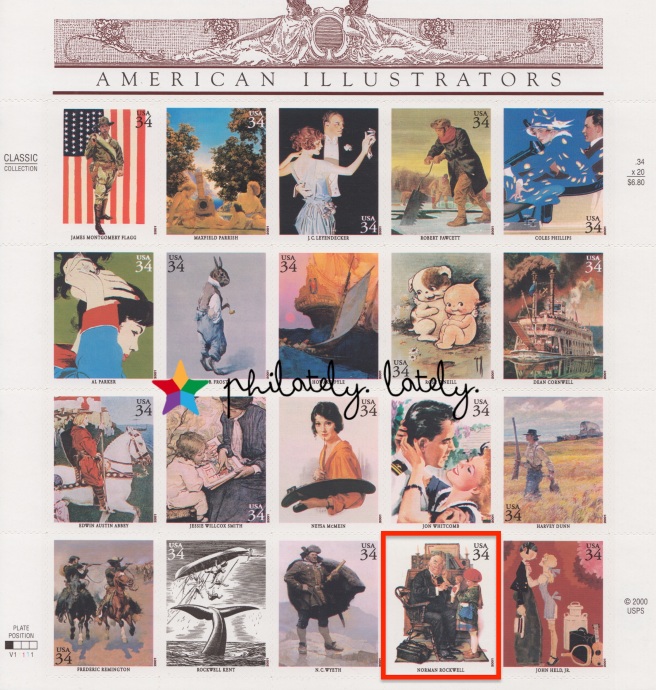 Here is the verso of the sheet of self-adhesive stamps, featuring mini bios of the illustrators (fourth row, second from left).